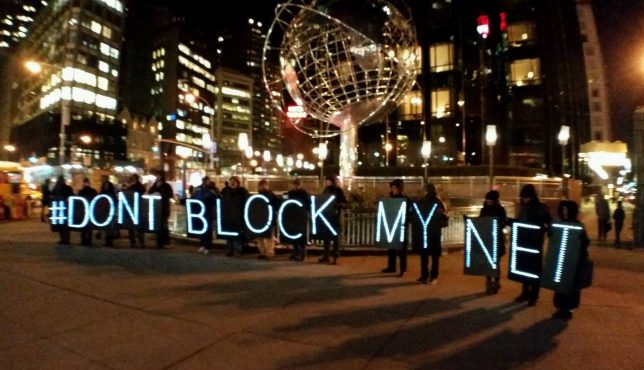 Guest Blogger Will Meyer is a writer and musician from Western Massachusetts. This piece originally appeared at Watt and is reposted here via a Creative Commons CC-BY license.

The internet has brought so much to musicians—both good and bad. It has fundamentally changed how we listen to, sell, discover and promote music. It blew up the record industry, on one hand, and it has developed crucial tools that help musicians—like CASH Music!—on the other.

Personally, I could not imagine making music today, let alone reaching people who wanted to hear it, without the internet.

Being a musician has fundamentally influenced how I use it and which websites I visit. My band Bucket uses the internet to sell, stream, distribute and promote our music digitally. People can even place a hold on our CD from their local library online. Even more specifically, my musical pursuits pushed me back onto Facebook last year after I had sworn off social media. (I was having trouble booking my first DIY tour only using email, and it proved quite helpful as a means to that end.)

The reasons I quit social media in the first place were shrugged off as naive and idealistic by some of my friends, but they are worth discussing here as they relate to the Trump administration’s plan to abandon the principle of net neutrality in order to help the Comcasts of the world make a quick buck.

Gutting net neutrality is next on the administration’s Christmas wish list of shaving our privacy protections and basic rights, privatizing not just the internet, but the entire country.

I ditched Facebook (the first time) because, to me, it represents a type of uninspired internet that leeches our data, privacy, and art in pursuit of making Mark Zuckerberg and his shareholders very rich. Facebook loves to trumpet its benevolence, pitching itself as an online community, a virtual town hall of sorts, but the reality is that it doesn’t serve the public or community—other than with invasive ads and fake news. And independent musicians get the short straw because if they want more than a few friends to see their band’s post, they must shell out five dollars to “boost” it.

Musicians can click and post all day long, promote events, and use the platform to network and connect with people. For my band this has absolutely been extremely valuable, and worth the price—it’s “free” after all.

But the truth is Facebook isn’t free. We pay with our data and we must pay with our dollars if we want the algorithm to take our bands seriously. This is exactly what the Trump administration hopes to do to the entire internet: sell all of our browsing history to better target us with ads and then create an internet “fast lane” for those who can afford it.

Many have accepted this as the price of doing business the same way going to the copy shop and printing show posters was in the days before social media. This business model stacks the deck in favor of those with big advertising budgets, like major labels, and this paradigm is a feature, not a bug, of the entire for-profit internet.

To quell our anxiety about the dominance of big online platforms like Facebook, musicians are often told that we don’t have to use them. We can opt out, use alternatives, and build our own utopias, if we so choose. To the extent to which this is true—it’s certainly up for debate for those trying to make a living from music—it won’t be long until Trump and his telecom cronies try to gut net neutrality once and for all.

What this would do, to put it simply, is turn the entire internet into a two-tiered system based on financial access—like Facebook—boosting the already popular and powerful while continuing to sideline and further marginalize small and independent musicians (artists, activists, people of color, poor people, and just about anyone else Trump doesn’t like).

Maybe it’s time to break up big firms that don’t serve our interests as musicians.

Internet service providers will be allowed to sell faster connections to sites who can afford to pay, and they will inevitably become that much more profitable, while musicians without financial privilege will have to work harder to be recognized and may likely be shut out of accessing valuable audiences, resources and opportunities. It will be even tougher to make a living, as an already harsh economic climate for musicians becomes even harsher.

Furthermore, it is worth considering how net neutrality relates to monopoly power, and how that affects musicians. Consider how mergers, acquisitions and restructurings gobbled up independent record labels in the ’90s and early aughts until the vast majority of both music production and dissemination was in the hands of a few greedy companies. Recall the countless record stores that were shuttered after big box stores moved in. These were hotly contested issues back then, as they directly related to musicians’ ability to make a living. Likewise, they are eerily similar to the type of concentrated, unchecked power that firms like Spotify and Amazon have now.

All of this is further reason to think about both the internet and the platforms musicians rely on—like Facebook, Spotify, and internet service providers—as the monopolies that they really are, and apply the same antitrust laws that we have historically applied to other types of companies. Maybe it’s time to break up big firms that don’t serve our interests as musicians.

It’s also important to remember that it was public dollars that initially created internet; in other words, our tax dollars (or those of our parents) are directly responsible for the internet existing. There is no reason (other than Bill Clinton) why the public no longer controls and owns the internet, and Comcast, Verizon and other internet companies will squeeze every last penny they can out of us until we realize our power and take it back. (Ben Tarnoff’s history of how the Internet was privatized for Jacobin is quite good and worth reading if you’re interested.)

Looking out at the bleakness of the current Internet, it’s easy to feel despondent, like the bad guys have already won, as we toil trying to become “Instagram famous” while tech bros get ever richer, profiting from our creativity. Trump and his cronies’ contempt for the internet is no anomaly, but rather indicative of their disdain for everyone and everything that isn’t a rich white male trying to get richer—by any means necessary.

But if I learned anything from quitting Facebook, it is that logging off didn’t make it go away. They may have extracted less of my data for a year, but my protest didn’t threaten their economic and cultural power. Said differently, individual angst does not a movement build, and we’ll need to harness our collective power to stand up to Trump, and internet service providers. Luckily for us, Trump and ISPs have something in common: they are both hated by a vast majority of Americans. Their poll numbers are appalling.

More than that, musicians and the music they create are critical to halting further attacks on net neutrality. When net neutrality protections were at risk of being destroyed in the past, musicians came out in large numbers to protect the internet throughout the multi-year campaign to save it. And we are needed this time around too. Just recently, internet campaigners organized by the group Free Press crashed the Federal Communications Commission’s monthly meeting and, in the middle of the meeting, broke out in song. As The Verge put it, they “put an extremely nerdy twist on” Rick Astley’s “Never Gonna Give You Up.” They sang the following to the Trump-appointed FCC chairman Ajit Pai, effectively “Rickrolling” the meeting.

WE’RE NO STRANGERS TO NET NEUTRALITY. YOU KNOW THE RULES AND SO DO WE.

A COMMON CARRIER’S WHAT WE’RE THINKING OF. WE WOULDN’T SING THIS TO ANY OTHER PAI!

I JUST WANT TO TELL YOU HOW I’M FEELIN. GOTTA MAKE YOU UNDERSTAND.

(CHORUS) NEVER GONNA GIVE YOU UP, NET NEU-TRAL-ITY NEVER GONNA RUN AROUND AND DESERT YOU…

Musicians need net neutrality in order to have a fair shake in the internet economy. Likewise, net neutrality will need musicians, and allies, to resist further attacks on a neutral internet which are coming down the pipe, or rather, the fiber-optic cables.