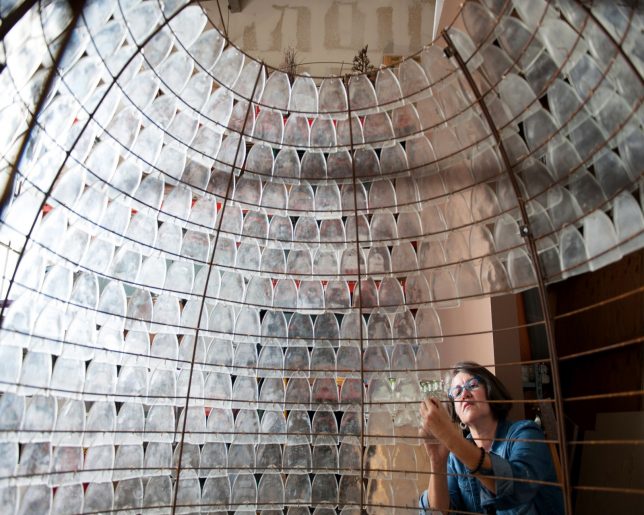 Interviewer Josie Lopez is the curator at 516 ARTS. Her research interests include examining contemporary art as a discursive agent in the political arena, modern and contemporary Latin American art, 19th century France and Mexico, and the history of New Mexican art. She has a Ph.D from the University of California, Berkeley.

516 ARTS and the Albuquerque Museum present The US-Mexico Border: Place, Imagination, and Possibility co-curated by Dr. Lowery Stokes Sims and Ana Elena Mallet, opening Saturday, January 27. (More event details below.) The exhibition presents the work of contemporary artists who explore the border as a physical reality (place), as a subject (imagination), and as a site for production and solution (possibility). The inclusion of artists from various disciplines — including design, architecture, sculpture, painting, and photography — reflects the ways in which contemporary artists and designers cross disciplinary borders. Many of the artists featured in the exhibition pursue a creative problem-solving process sometimes described as “design thinking,” which involves invention, social engagement, and the task of making.

This exhibition was originated at the Craft & Folk Art Museum in Los Angeles, where it was part of the Getty’s Pacific Standard Time: LA/LA initiative and supported by major grants from the Getty Foundation. The main exhibition in Albuquerque is hosted by 516 ARTS, and has been expanded into a collaboration with an additional exhibition site at the Albuquerque Museum and accompanying interdisciplinary public programs around Albuquerque.

I interviewed guest artist Viviana Paredes, who shares how her work traverses borders, cultures, and traditions. Her work “The House that Tequila Built,” exhibited at 516 ARTS, is an example of how she engages with complex issues including cross-border relationships between the United States and Mexico, the appropriation of traditions, and how environmental issues impact indigenous peoples. Working primarily in the medium of glass, Paredes discusses how her work engages the material but also tells stories that are related both to tradition and activism. Viviana will also discuss her work at the opening Member Preview and Tour at 516 ARTS on Saturday, January 27 at 5pm before the public opening; details on becoming a member below.

Josie Lopez: What stories are being told through the “The House That Tequila Built” and how does the maguey cactus figure into your work?

Viviana Paredes: “The House That Tequila Built” is a sculpture that is layered with underlying meanings meant to intrigue the viewer both visually and intellectually. It became trendy in the United States to drink tequila, and now mescal, in the last several years. The one thing that most people know about the maguey plant is that it is a substrate for making tequila. I found it ironic that an American-owned company which is called Patron meaning “boss” in Spanish, produces the national drink of Mexico. I decided that mimicking a maguey shelter out of deconstructed recycled tequila bottles would offer a unique opportunity for viewers to engage in conversations about this sacred plant.

Making art is how I cope with our current political climate and the devastating global environmental crisis we are facing.

I’m interested in the intersections of cultural and environmental issues and how they affect indigenous cultures throughout the world. The maguey is an iconic plant with many medicinal and utilitarian uses. I am intrigued by how the maguey has been used not just in historical art, but also in contemporary Chicano art. I began my own research on the maguey and its many utilitarian and medicinal uses. After learning how every part of the plant has a purpose, I began to see possibilities on how I could use its materials to tell stories.

How does your work challenge us to engage with the natural world in a different way?

I have been collecting different parts of the maguey plant and exploring ways to make art with its material as a way to tell stories about how the plant has been important to the people of the Americas. I have harvested quiotes (stalks) to make sound sculptures, both the actual quiote stalks and out of glass. The quiotes are the stalks that grow at the end of the plant’s life.  These quiotes were and are still used to make an instrument that sounds every much like the Australian didgeridoo. I also did a series of glass gourds called “Tlachiquero.” They represent the gourds used to suck out the aqua miel (honey water) that is used to make pulque. The people that exact the aqua miel are called tlachiqueros; their practice is being lost in our industrial world. Many of these ancient practices and uses of the maguey plant are being lost due to more industrial methods of exacting the nectar of this prodigious plant that has been called the “mother maguey.” From its heart to the very top of the plant it gives food, medicine, building material, rope and shelter. Its thorns are used in ritualistic piercing. Using the maguey in my art highlights the culture of this sacred plant.

How has activism influenced your work and has it changed in response to heighten discourses around the environment, borders, women’s rights and human rights?

I think that I am who I am because of my exposure to the rich history of the Bay Area with its long history of political activism. I believe that it is a both an opportunity and a personal commitment to use my place as an artist to make art that is both visually pleasing while telling important stories about my cultural experience as a Chicana, as an environmental feminist, and as a member of the human race. My existence is my resistance. Making art is how I cope with our current political climate and the devastating global environmental crisis we are facing.

How has your art practice been shaped by the materials you use? How are you engaging with, as well as subverting the traditions of glass-making?

In one of my first and seminal pieces, “My Pocha Tongues,” I used medicinal herbs used to heal the breath, the lungs and mouth and placed them in glass-shaped tongues. The piece is meant to offer a kind of forgiveness for losing my mother tongue. This piece resonated with so many people both for what it was addressing and because of the personal memories that many Latinos have with traditional medicine. Since then I have employed traditional foods, smells and traditional healing herbs to evoke memories.  While glass is often thought of as decorative, I use it strictly as a material. We look at the world from behind glass, from out of the windows of our homes and workplaces, from our cars and from the lens of our seeing glasses. I see it as the perfect material in which to contain my ideas. Glass is both fragile and solid. Like culture it can break if it not cared for and can be transformed and reshaped like our current environment.

The US-Mexico Border: Place, Imagination, and Possibility is opening Saturday, January 27 with events at the Albuquerque Museum and 516 ARTS. Curators Dr. Lowery Stokes Sims and Ana Elena Mallet will be giving a talk at Albuquerque Museum at 1pm, followed by an opening reception at 516 ARTS from 6pm to 8pm. Guest artist Viviana Paredes will also discuss her work at the opening Member Preview and Tour at 516 ARTS on Saturday, January 27 at 5pm before the public opening. To become a member of 516 ARTS, click here. 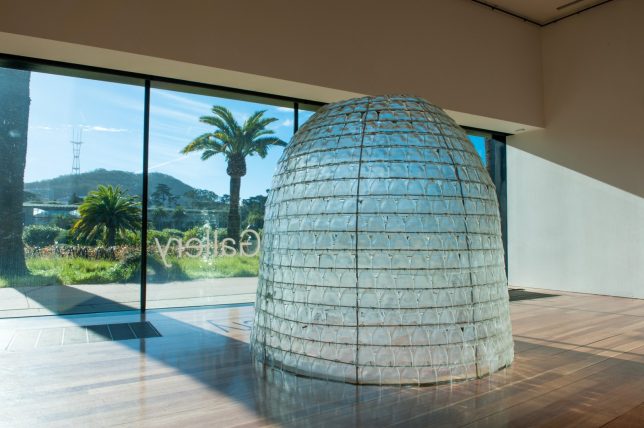 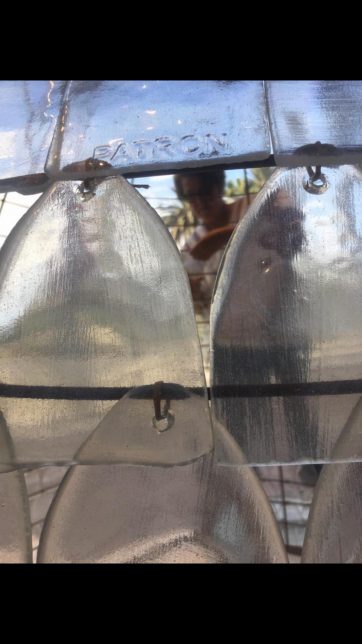