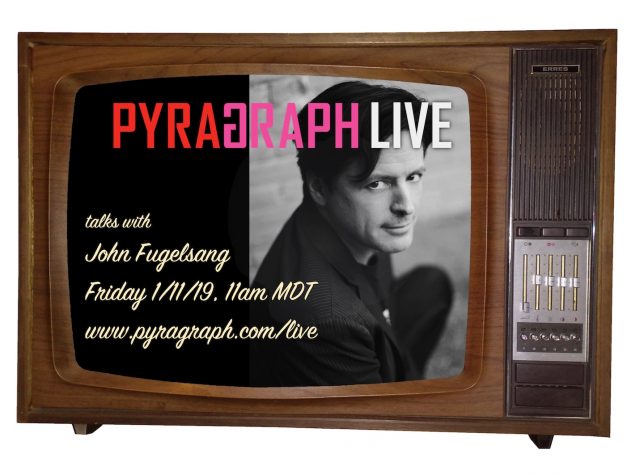 John Fugelsang is in Albuquerque to perform “Unpresidented: The true story of a comedian trying to raise a toddler while his country was electing one” and we were lucky enough to get him into the Pyragraph LIVE studio (a.k.a. my office) to talk about comedy, politics, religion, and how he’s pulled all those elements and more into his unique creative career. John is the host of the “Tell Me Everything” series on Sirius XM Insight (channel 121) and a frequent commentator and panelist. I chatted with him about how he got started in theater and comedy, and how he evolved into a funny-yet-incisive political commentator and broadcaster after a childhood suffused with religion and liberal thought.

Many thanks to Austin Madrid and Kendra Crooks of JAK Media for producing the video, and Stue Trory for tech wrangling.

Theme song: “You Know Who You Are” by Sam Miller.

Event: “Unpresidented: The true story of a comedian trying to raise a toddler while his country was electing one”

A show by John Fugelsang, to benefit Tricklock Company’s Revolutions International Theatre Festival. One night only!

Get tickets at The KiMo Theater