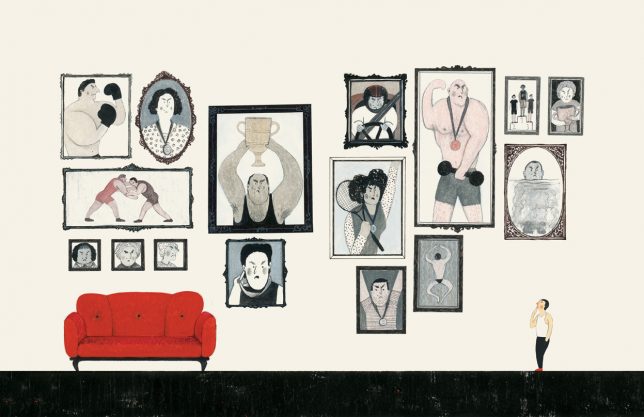 When reaching the end of my college career, I began to find the courage to share my artwork. I did this by joining markets, putting on my first solo show at El Chante: Casa de Cultura, and through social media. With small steps forward, heart on my shoulder, and learning from mistakes, I received an unrestricted artist grant from Kindle Project which helped propel me forward. I used some of this money to attend my first SCBWI conference in New York City in 2017 as well as the Bologna International Book Fair in Italy that same year.

The quality and variety of the different types of imagery and their balance with language on the page was captivating. Manuscript as an art form seemed to function in a way similar to a music album: accessible, bound, with explosions of color, composition, and narrative through many abstractions. There was a huge range in art from the different imprints and publishing houses from country to country. It became quickly apparent that the industry was inherently liberal, as how could people maintain stereotypes and boundaries with others when engaging in particularities in art and storytelling? 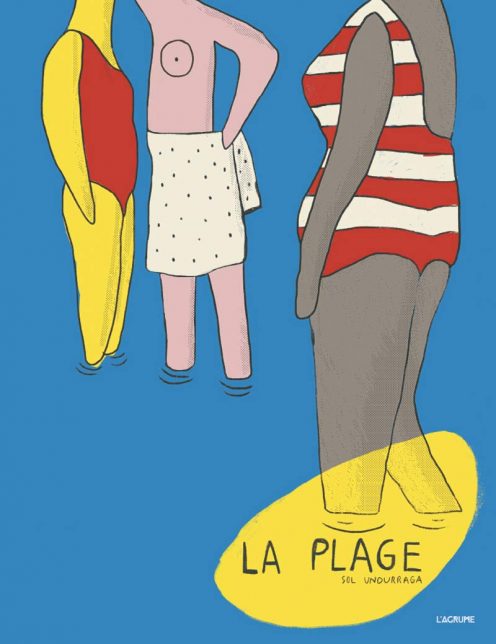 I saw books about a day at the beach in South America (La Plage by Sol Undurraga). A truck driver who stops in a forest to relieve himself and gets lost (La Montagne written by Carmen Chica and illustrated by Manuel Marsol). I also saw a series of original drawings of a seemingly small, effeminate boy in a family of super-champions from Iran (Ace, written by Payam Ebrahimi and illustrated by Reza Dalvand).

The original art of Ace was on display at the Bologna Book Fair, and the hopes of getting the book remained in my mind for many years that followed. Although Iranian artists and illustrators gain a lot of international traction, their work is inaccessible to us in the United States. Tuti Books is the publisher of two books I really wanted to see, hold, and understand. 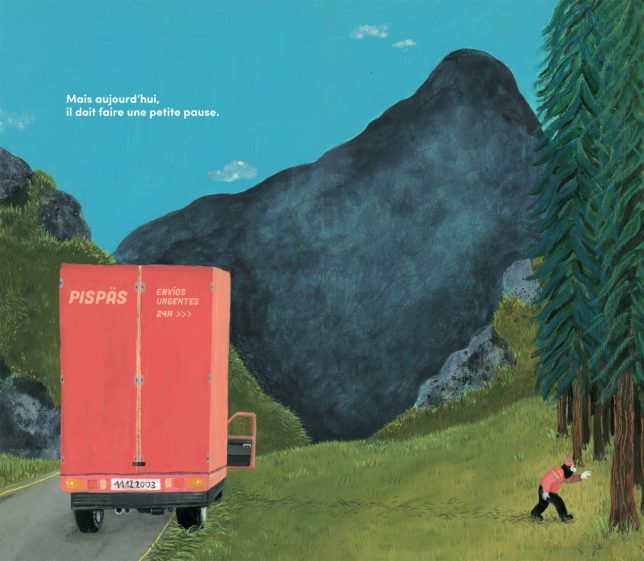 For the last few years, I kept checking for accessible foreign editions of some of these books. I reached out directly to Reza Dalvand, the illustrator of Ace, who put me in touch with his publisher in Iran. The publisher recommended an obscure online book shop which specializes in importing these books from their own frustrations of lack of accessibility. Before this, I learned that a French publisher had acquired this story but hadn’t yet published it, a Turkish one published it but it was uncertain whether it was for sale, a Canadian version was in progress, and there was a Korean edition. 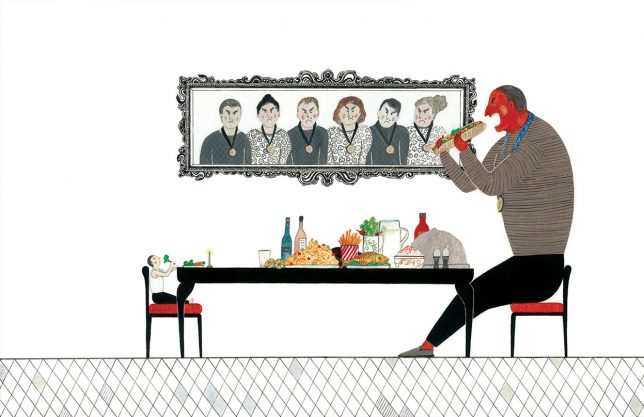 Illustrations in a picture book are vital to a young reader adapting to a new world and language. So perhaps obtaining and engaging with foreign children’s books helps you gain understanding through art. What is this person, with his own cultural habits and understanding, trying to say?

With a recently published book by Simon & Schuster Books for Young Readers (Our Favorite Date of the Year, written by AE Ali), Iranian illustrator Rahele Jomepour Bell, who has recently become an American citizen, offered me her thoughts. With sanctions on Iran from the US, talented illustrators are losing the chance to work with big publishers, a dream for many of us. She said she has received so many questions about whether rights can be sold or how to navigate the system, that she has considered starting a literary agency of her own to help uplift these artists. 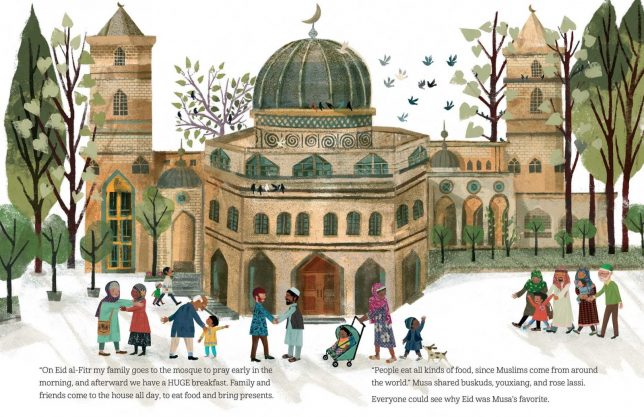 Rahele Jomepour Bell illustration for Our Favorite Day of the Year by AE Ali.

Down the back alleys of the book market, I was able to get two books from @mehromaahbooks on Instagram, an online bookshop currently only on social media. I finally ordered Ace, as well as a copy of The Boxer, written and illustrated by Hassan Mousavi, who received the first prize at the Biennial of Illustrations Bratislava in 2019 for this book. 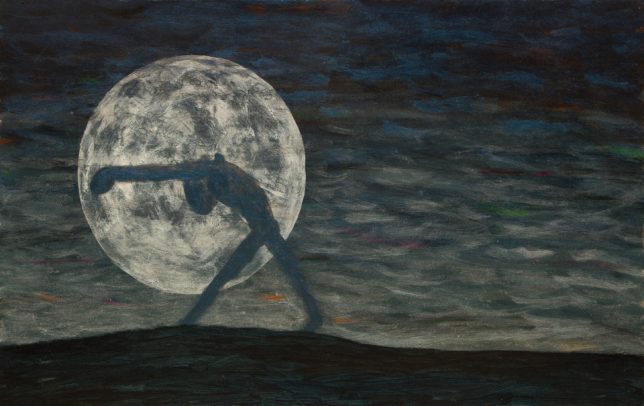 Hassan Mousavi illustration for The Boxer.

After many long and lovely messages, the publisher told me, “I hope one day we can send our books from Iran to everywhere without any problem soon.” And an emphasis from the talented Reza Dalvand himself: “Many Iranian illustrators work with international publishers, and a large number of international festivals are won by Iranian illustrators. Anyway, because of bad politics of Iran and Sanctions, Iranian books are not so available in the world and maybe the people don’t hear anything about them. I hope one day everything will be normal.”

I hope for all of us too, that these beautiful works of art become readily accessible.