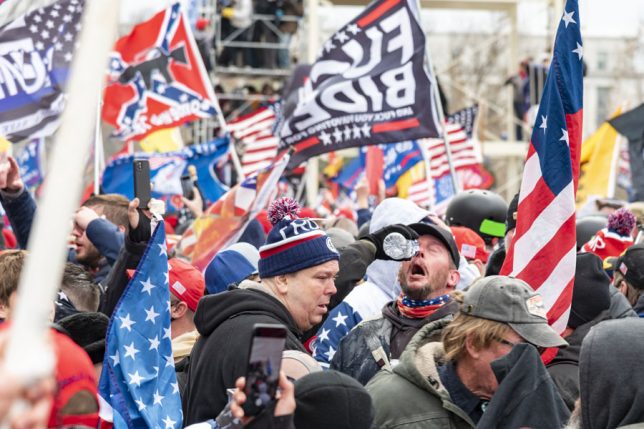 Photo by Blink O’Faneye under a CC BY-NC 2.0 license.

Whew! What a week, huh? I mean, wow. Was it everything you thought it would be? So much more? So much less?

Let me start by acknowledging the fact that I never thought I would be this upset by an angry mob storming the Capitol. I mean, isn’t that the ultimate American dream? Name one person in this country who has never at some point in their life thought to themselves, “Ya know what we oughta do? We oughta go down and storm the Capitol. Show those lawmakers who’s boss.”

As an anarchist-leaning, socialism-considering, government-hating punk rocker, I know I have thought this, on many occasions! I and my friends consider burning down the White House every time our government drops bombs on civilians, or starts a new war, or ignores corporate crime. We think about it when POC are murdered by police, we think about it when women are treated unfairly, we think about it when the environment is destroyed by the rich. I’ve lived my life with that destructive fantasy in the back of my mind, like, “Yeah, some day, some day….”

I hated the results of the 2016 election. But Clinton’s loss never made me feel like a loser.

But you crazy sons of bitches actually did it! You dove head-first into that intoxicating atmosphere of mob mentality, and you just went for it! You busted windows, climbed the walls, and completely overwhelmed one of the most well-protected castles in the country. Every normal American, at some point in their life, has wanted to do what you just did.

So why do normal Americans wish you’d never done it?

Listen, Trump supporters, I know how you feel. No, really. Because that’s how I felt four years ago. You feel ripped off, you feel cheated, and you feel confused. Shocked, maybe, that your candidate didn’t win. I get it! Yo, not that I’m a big Hillary Clinton fan, but every poll in 2016 said she would win. And then, she actually got more votes than Trump! So how come she wasn’t President? I felt ripped off, cheated, confused, and…oh right, like I said, I felt all the things that Trump supporters are feeling now. I mean, I wrote a whole book about it. But, as much as I hated that reality, I did my best to accept it.

And I guess that’s what separates you Trumpers from other perfectly reasonable angry mobs. It’s okay to be angry, but you also have to have some grasp on reality, otherwise no one will take you seriously. When people I know form angry mobs, they make sure to have really good reasons. For example, it isn’t some imaginary theory about how police may have killed a black man, there is proof. It’s very clear why we are upset. But Trump supporters are just sulking! You’re mad about voter fraud? Okay, but where’s the proof? And remember, the losing candidate declaring victory is not proof.

Trump used the public’s anger and fear to fuel his entire campaign. He thumped his chest and proclaimed that he is the ultimate winner, and people believed him. Followed him. But that’s the problem with dividing things into winning/losing. No one wants to be a loser. That’s why cooperation is more effective than competition. Trump supporters have attached their sense of identity to this larger than life caricature, and now they can’t admit that he lost, because that would then make them losers as well. I hated the results of the 2016 election. But Clinton’s loss never made me feel like a loser.

I’ve often fantasized about overthrowing the government. But what would I do then?

I’ve often fantasized about overthrowing the government. But what would I do then? I’d probably try to make everyone live the way that I live. Mandatory veganism, strict vehicular restrictions, and the complete elimination of all television shows that feature singing. That’s not better, but it would be better for me. If Trump supporters had succeeded in overthrowing the government, they would have made things better for them. That’s not democracy, that’s tyranny. As much as democracy sucks sometimes, it’s our best option.

Watching the Capitol Hill Coup was terrifying. I was terrified on behalf of the people who were there, who were in danger, and who died, but also for the entire nation. I felt a sympathy for riot cops that I’d never felt before. I felt a kinship with politicians that I never would have thought possible. And maybe for the first time in my life, I felt proud to be an American. Our democracy faced a tremendous challenge last week, and withstood the storm. The rioters thought they could break the system, but all they did was serve to galvanize it. The entire country finally saw what some of us have seen all the time.

And yes, racism is a huge part of this! Most Trump supporters are not racist, but most racists are Trump supporters, so you figure it out. There are people out there who voted for Trump who wish they hadn’t. And for sure there are people who saw their lives get better during the Trump presidency. Well, I don’t care if you are a Democrat or a Republican, and I’m not asking you to link arms with me in the next black bloc, but the Capitol was the final straw. There are no more excuses. Now is your chance to officially denounce Trump. Even Mike Pence has broken ranks, I mean come on!

Dear Trump supporters, it’s time to get out of this bad relationship. He’s been abusive and manipulative for four years, and enough is enough. Time to move on. 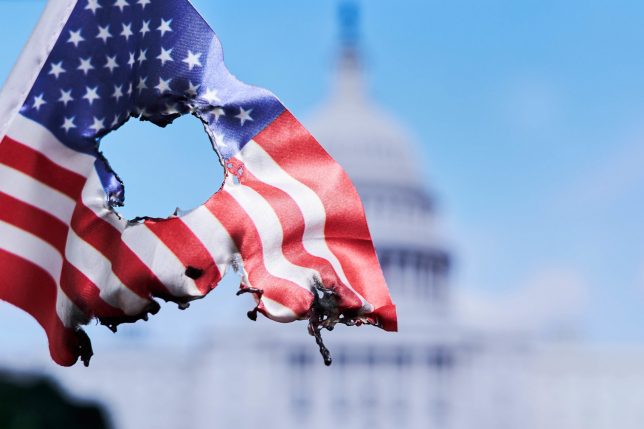 Photo by Marco Verch under a CC BY-NC 2.0 license.