A Professor of leadership and entrepreneurship at NYU, he holds a PhD in Astrophysics, an MBA, and studied under a Nobel Laureate. He helped build a satellite with the European Space Agency and NASA. He co-founded a venture to market his invention—a medium to show movies in subway tunnels—which grew worldwide. He holds six patents. He taught art at Parsons and NYU.

Fascinated at how well business schools taught leadership and emotional intelligence, he studied it, becoming a leadership coach for Columbia Business School and private clients. He leads seminars in Leadership, Creativity, Sales, Strategy, and Motivation at institutions including Columbia, NYU, INSEAD, the NY Academy of Science, and corporations. Having visited North Korea twice, he lectured on North Korean strategy at Columbia,  and in Korea and China.

He has installed public art in Bryant Park, Union Square, and Amsterdam’s Dam Square. He has had solo shows in NYC, and group shows nationwide in museums, Art Basel Miami Beach, MTV, and more.

He lives in Greenwich Village and blogs daily at www.joshuaspodek.com. 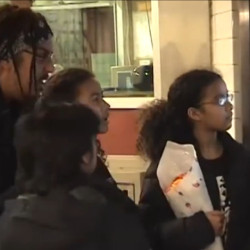 I created a digital art medium, but I’ve never been to art school. How did I get a big show in Bryant Park? Entrepreneurial skills filled the gap.