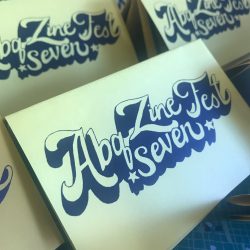 Zine fests make small cracks in the foundation of authoritarian, nationalist, dictatorial power that hides under progress of the digital age.