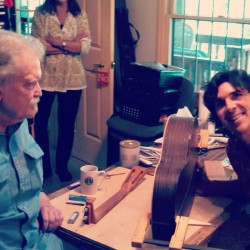 It was time to cut out the sound hole. If there’s a theme to this, it would be you can fix most mistakes—the key word being “most.” 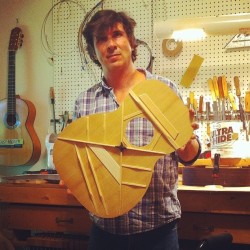 In early 2012 I was in Nashville, sitting around the table with Guy, his wife Susanna, and Brennen Leigh, and Guy says, “So you wanna build a guitar, huh?”