Robert Yoder is a nationally exhibiting artist whose work has been the focus of numerous solo and group shows across America and Europe. Recent oil paintings most often deal with personal frailties and depression. Robert lives in Seattle, Washington, and is the director of SEASON, a dual site gallery.

His work is represented by Frosch & Portmann, New York and Zurich; and Platform, Seattle, Washington. Since 2007, he has been Affiliate Professor, School of Art at the University of Washington. 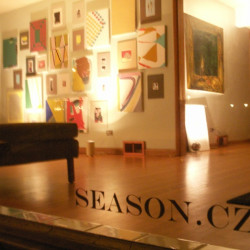 I had been thinking about opening a gallery in my house for some time, and the economic crash just hurried the event.