Veena was born in the suburbs of Chicago and fled as soon as she could. She ended up, at age 23 living in England. Until last year, this was her home—most of that time in east London. Since September 2013, she has been based in Santa Fe. She sometimes calls herself a “recovering social policy professional”—she’s been a campaigner, a think tank researcher and—gulp—a policy advisor in the British government.

Her speciality was embedding human rights and equal opportunities principles into public policy.

In 2010, after publishing a piece for a think tank, she fell apart in many different ways. Unlike Humpty, she managed to put herself back together again. She is now intent on cultivating Beloved Community through her skills as a writer, a facilitator-mediator and a theatrical clown.

She bears witness, she listens, sees, connects and crafts stories. In doing so she aspires to support people in linking up soul work with collective creativity to dismantle oppressive and toxic political, economic and social systems and build liberating and restorative ones in their place.

If you would like to know more about her walking out of the Social Policy Industry, check out [R]evolution Road—traveling the terrains of creativity, power and love.

Veena also practices the art of theatrical clowning. Her clown is called Matilda. Matilda loves inspiring people to feel what they feel and embrace our vulnerability. She reckons that to be human is to be vulnerable.

Veena is currently writing a book—A Balancing Act: Performing Arts and [R]evolution with Wise Fool. As a freelancer, she can be hired to facilitate dialogue and reflection, to mediate conflict, to write insightfully about an organization’s work and to perform Matilda as a light hearted way to step into serious conversations about sensitive issues. 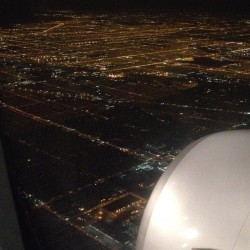 Sure, I could get a “real” job. But the kind of job I would take (in the nonprofit sector) would likely leave me little time to care for my aging parents. 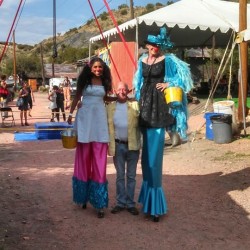 I’ve seen a friend literally get hit by a truck and end up $7,000 in debt from medical expenses despite having a plan through the Affordable Care Act.