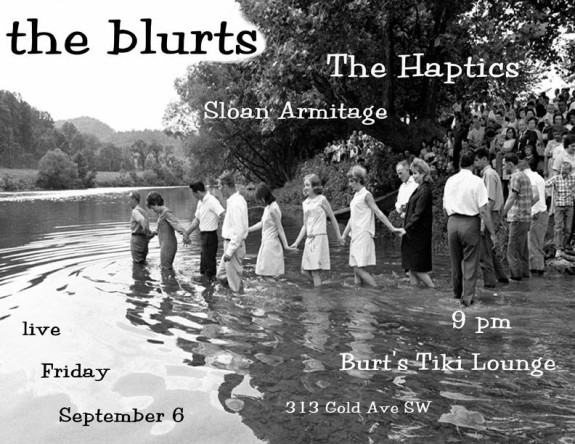 My band the blurts is playing this Friday. Yep, I’m back in the band.

Some readers may know, it has been an intense several months for me. I’m beyond happy that my daughter and I are finally back at home in Albuquerque, reunited with Turtle (my husband, not a reptilian pet) and our little boy who just started preschool (sniff). We had sought out specialists at Cincinnati Children’s hospital last year to treat her for unexplained hepatitis, and at a follow-up visit this April she was diagnosed with hepatitis-associated aplastic anemia, a recognized pattern of this illness.

This was a significantly worse turn of events.

In brief, her bone marrow was failing. She nearly needed a bone marrow transplant but eventually responded to drug treatment, which involved a total of more than a month of inpatient treatment and close monitoring for months afterwards. Finally, in August, the docs cleared us to come home. She’s doing great after drug therapy and/but it is a long recovery process.

Getting back into work and life—including playing music—has been complicated.

I had been playing in a band (the blurts) for the past year, but when I had to leave town in April I told the band leader he should find someone to replace me, since I had no idea when I’d be back. He was super supportive and said he’d wait, but after a month and continued reports from me that I might not be back for several more months, he finally agreed he should find a replacement: someone to sing, play melodica and glockenspiel. By August or so he found someone. I was hugely relieved.

Of course everyone in my band understood my situation and knew my daughter’s life-threatening illness was the priority. Duh. They were nothing but sweet and supportive. I felt so bad that I had created this big hassle for them.

Fast forward a few months, and my daughter’s response to her treatment was strong and steady. July was a long month of mostly great medical news and progress, and growing anticipation of the possibility of coming home. I started thinking about how I would transition back into…what? I didn’t even know what to visualize. I couldn’t imagine what “normal” life would look like. I was pretty sure it wouldn’t be just the same as before.

Would I play music again?

Even just playing on my own was in question. In the darkest days of my daughter’s sickness I had no desire to play music at all. I had a guitar in the hospital and it just sat there. I tried playing a few times and it just felt like a chore.

It was an interesting realization for me that life crisis and heavy-duty anxiety just flat-out kill my desire to play music. For lots of folks I know, playing would be therapeutic—but that wasn’t true for me at all.

Once I got home in August, as my daughter recovered, the icy wall started to thaw. I found myself playing guitar, some piano, and within a week it was on. As I started to feel better—which directly correlated with my daughter’s improving condition—playing music was pretty much all I wanted to do. It was my way of celebrating, I guess.

After a couple weeks home and hanging out with my bandmate a bit, and playing some music together, I kind of fell back into the band. I started practicing with them again last week. It has been a lifeline. I’m so glad and thankful for it.

But playing with a band involves a commitment, and I struggle a bit with making that commitment while also needing to put my daughter first.

It’s like I’ve got the little cartoon angel and devil on each shoulder bickering back and forth:

Devil: “Play music?!? You have a sick girl to take care of!”

Angel: “Of course you should play music! You’re taking care of that girl JUST FINE and music is a treasure!”

Sure, I don’t really NEED to play music like I NEED to take care of my kids, bring home the bacon, take care of the medical bills, etc. But in this short month, it just increasingly seems to me that if I want to play, and if I can play, and as long as I don’t over-commit to practices and shows and such, then dammit, I’m gonna play.

The bottom line is that playing music is super important to me, and makes me feel better—like really, deeply better—so in a way I see it as the oxygen mask that I am obliged to put on my face first.

It’s also crucial to have flexible, awesome bandmates. Thanks for having me back guys. :) 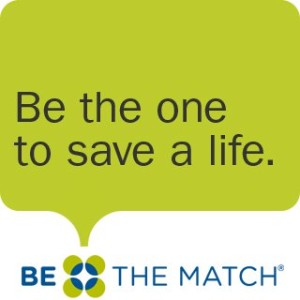 Allow me (again) to take this opportunity to encourage all of you to join the national bone marrow donation registry, Be The Match. My daughter was a week away from needing a bone marrow transplant and we still do not have a match. We are now optimistic she won’t need the transplant, but it is possible (i.e. if her recovery stalls or she relapses), and I learned that people of mixed ethnic ancestry are quite underrepresented in the donor registry. She is mostly Irish-Iranian and has a correspondingly unusual HLA profile. So go swab your cheek, ok?