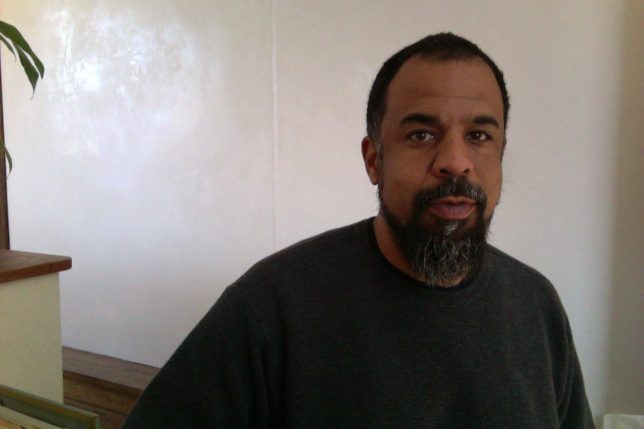 Welcome to the latest installment of What’s Your Deal? in which painter and collage artist Karsten Creightney explains his deal to Pyragraph.

I start with paper. I cut it directly from old books. I cut up prints that I create in various media. I use the scraps left from the painting before. I paste it on canvas, wood or thicker pieces of paper to create fields of information. Then I work back into these initial backgrounds with paint, then more collage. Eventually, imagined landscapes emerge from the chaos. Worlds built from remnants. The border between natural and urban environments has been of interest lately. Plants, especially flowers are always present.

Trial and error is important. Re-contextualizing pieces of pictures into alternate realities can be a struggle. Scraps are, on some level, always scraps. I integrate them into the painting, yet something remains of their past lives. They speak of other pictures than mine. I like having this other voice in my paintings. It brings unanticipated questions to the conversation, and leads me in new directions, up side canyons, and down dead end alleys. My work is as much a product of discoveries made while making it, as it is deliberate. It is more orchestrated than fully controlled. 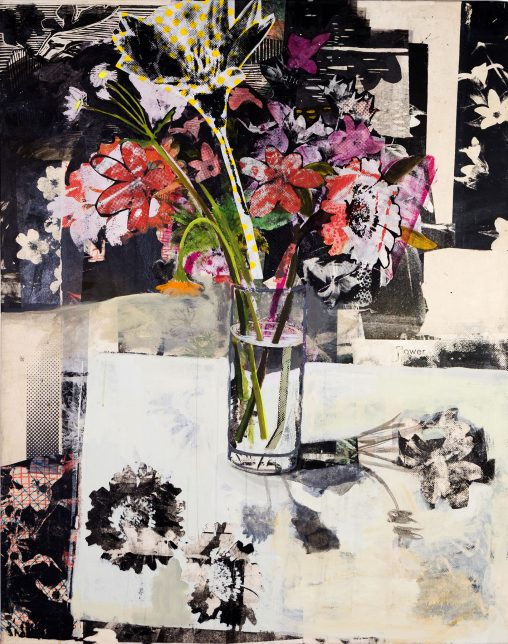 Born and raised in Albuquerque, NM. It wasn’t until going away to college in Ohio that I discovered printmaking. I fell in love with the process involved in printmaking, and the materials, especially Japanese paper. I returned to Albuquerque in 2001 to continue my print education at the Tamarind Institute. I have lived and worked here since. 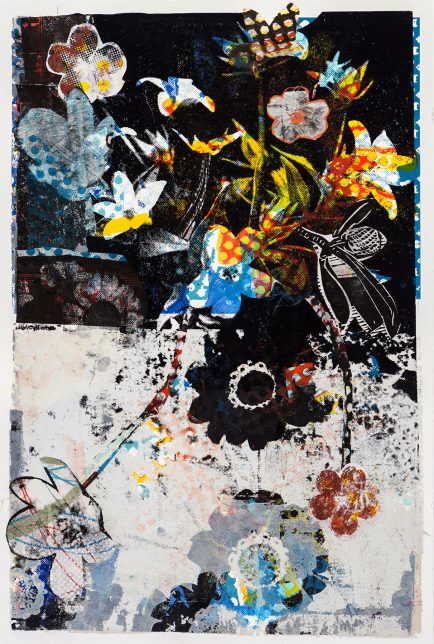 3. What was the worst show you ever participated in?

The worst show I ever participated in was in Santa Fe at a gallery that shall remain nameless, but lets just say it’s in the vicinity of Canyon Road. This gallery is all about selling art, which, you would think, is the idea and a good thing. This is how I justified the hodgepodge of un-curated crap squeezed salon-style over every square inch of wall space. The promise of some of those sales coming my way was the impetus for adding my crap to the pile.

I found myself holding my nose with one hand and extending the other in hopes of a dollar. I was trying to ignore the reality that this place was in the business of selling mediocre art to people with too much money and not enough genuine interest. A tourist trap of a gallery for the people who buy art to match their sofas.

At the opening for the show I felt like some sort apologetic carnie, only capable of half-heartedly trying to sucker people into wasting their money. I ended up walking around the surrounding neighborhood while the opening raged shamelessly. 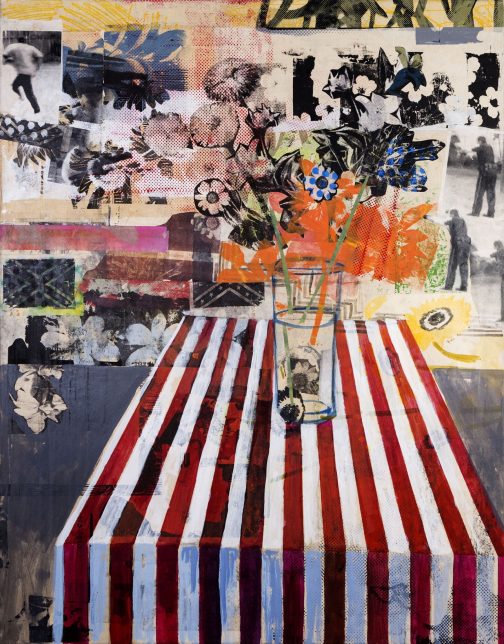 4. Who are your favorite artists at the moment?

At the moment I am in love with the collages of Charline Von Heyl. 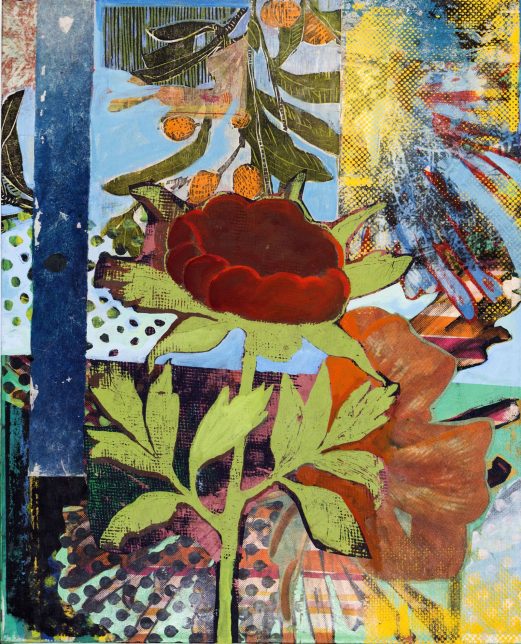 5. What’s the most helpful tip you could share with aspiring artists?

Wake up early and treat your art like it’s your job. Don’t be late to your job, and don’t do other things while you should be doing your job. In a word artists need to cultivate DISCIPLINE!!!

You can see more of Karsten Creightney’s work at his website. His exhibit Paper Visions opens at 516 ARTS on Saturday, February 4, 2017.