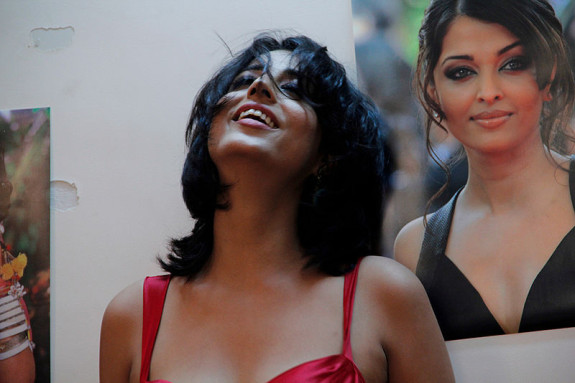 It’s in Hollywood, indie and art film. It’s an amalgamation of capitalism and art, and the bane of your artistic career.

Inspired by beautiful cinematography, a moving soundtrack or some form of cinematic wizardry, we aim to conjure the best-looking and best-sounding films we can muster. These distractions often lead us to ambiguity, however. We forget filmmaking is not about bells, whistles and shiny camera packages.

Filmmaking is about telling engaging stories, and the rest…it’s just the icing on the celluloid (okay, SD card).

If you plan to impress the world with a product that only looks and sounds great, you will surely disappoint. Sure, do the best job you can, but be aware of what’s most important. It’s much more exciting to watch a compelling lo-fi story than a boring or incomplete one. As a film journalist, the number of indie films I turn off in under 10 minutes is astronomical.

Don’t get your hard work added to a critic’s return pile.

A tight, functioning screenplay is essential. Sounds simple, but large and small productions get it wrong every day. So, worry less about production budget and more about your content.

If you’re purchasing scripts and are not a writer, you need to know what a complete narrative looks and feels like. This is your business; there’s no excuse not to know this cold. If you don’t understand “story beat” formulas, pick up a book (I’ve listed a few below). There’s much overlap between screenwriting methods. Try contrasting the similarities against your favorite movies/scripts for practice.

Never fear formulas! They’re guidelines and conventions to help you understand where and why your script went horribly wrong. As Sam North, a former screenwriting professor, used to say, “Clichés exist because they work.”

If you’re a practicing writer and beat-literate, bribe a screenwriter to give you critical feedback on your work. Don’t ask the friend who tells you that everything you do is great (though I’m sure you’re amazing). If you have a budget, giving a knowledgeable screenwriter a few bucks to break down your script is usually less than a film-crew member’s day rate. When you’re practiced, critiqued and doing the first of many rewrites, try Amazon’s Storybuilder. It’s free and will help you rearrange scenes to perfection (beats killing trees).

Most importantly, whether you’re a writer, director, producer or George Lucas, remember that egos kill scripts. Many writer/directors would rather throw money away on a shoddy script than listen to feedback on their newest production. You’re making films for people to watch, so give your audience the best product possible. Remember that a micro-budget film is not a bad thing; it’s a horrible story that hurts the most.

There are many screenplays online, but here are some sites to get you started: