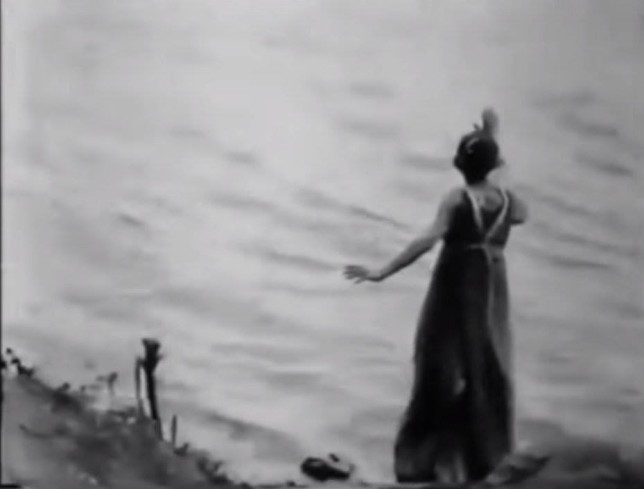 A still from a music video made by Amanda C. Kooser. Historical footage via The Prelinger Archives.

I dream in music videos sometimes. I imagine a rollicking rock song playing while I stroll down the street in slow motion with a glittering guitar, wind lifting my hair like a Pantene commercial and the lighting as perfect as an Albuquerque sunset. But I’m no auteur and I don’t have a record label budget for filming videos. That didn’t stop me from making five music videos over the course of a couple weeks with a nonexistent budget. I just adjusted my expectations first.

As a film, it’s a melodramatic mess.

I’m in an Americana (rock, folk, country and blues in a blender) band called The Dawn Hotel. Late last year, on a chilly winter night, we recorded a live demo of six original songs, knocking the tunes out in a few hours, warts and all and with minimal overdubs. The demo is aimed at giving booking agents at local clubs something to listen to as we hunt for gigs. We also wanted to release it to our followers on Facebook.

Putting songs on Facebook is a royal pain. That’s why you see so many videos on YouTube that show a series of still photos or just a single shot of an album cover while the music plays. YouTube is the quick and dirty way to share a song on Facebook. I didn’t want people to have to stare at a photo of the band (even though we’re ridiculously good-looking) for three minutes while listening to our songs, so I decided to make music videos for the tracks. 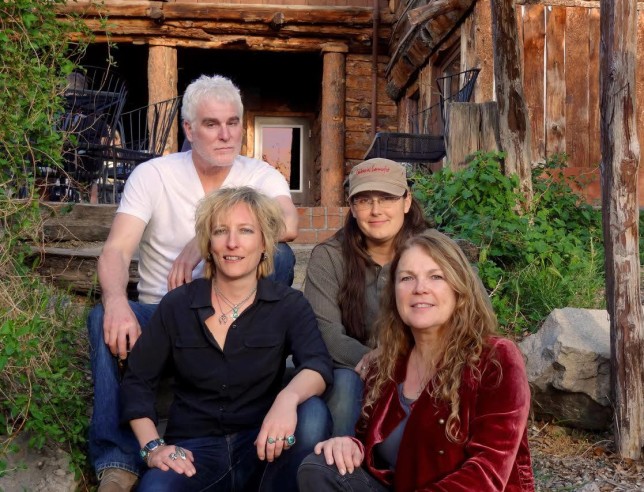 There’s a special place online called the Prelinger Archives. It’s a world full of home videos, educational shorts, documentaries and government films that are all in the public domain. You can watch them and download them in all sorts of video formats. So I did. And I quilted together five music videos from the footage over the course of a couple weeks in my spare time.

The Prelinger Archives features thousands of films, so I found usable footage by searching for keywords related to each song. I looked for “trains,” “railroads,” “prairie, “Abraham Lincoln” and “relationships.” I loaded the clips into Apple’s iMovie, cursed liberally at the software while I sorted out how to use it, produced the films, and uploaded them to YouTube for sharing on Facebook.

The first video I made, “Slow It Down,” is a patchwork of clips from four different Prelinger films. One of the films, “Jealousy,” is a horribly dated educational film about how being jealous of your husband will drive him to date other women. When edited and interspersed with other footage, it becomes the thread of a lost relationship woven through “Slow It Down.”

For another song, “Herculaneum,” I downloaded a 1913 silent film called “The Last Days of Pompeii.” As a film, it’s a melodramatic mess. Careful trimming of scenes and intermixing with slightly more modern footage of Vesuvius erupting provided plenty of material for the song’s three-minute video about the day the Roman town of Herculaneum was overrun with ash in 79 AD.

The biggest challenge with using the Prelinger archives is avoiding distraction. I sat there and watched a 22-minute film from 1947 about a cat giving birth. I lost track of the hours I spent slowly scrolling through downloaded footage a few frames at a time to find usable scenes for the music videos. But it was a satisfying project. I felt like I had tapped into the bloodstream of American history, a black-and-white river full of steam engines, neon and Civil War battlefields. 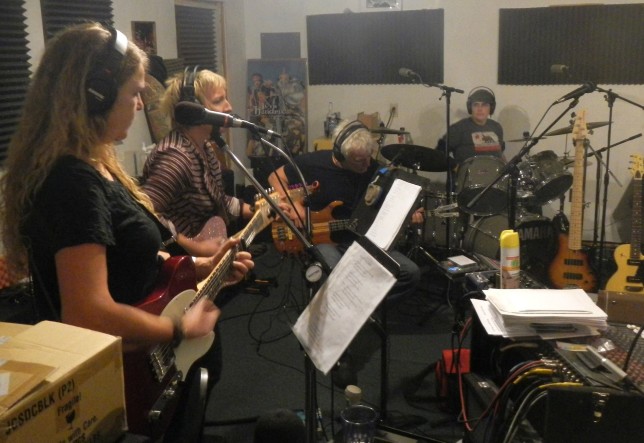 We recorded six songs, but there are only five videos. I’ve got loftier ambitions for the final song, “On the Run.” I want some slo-mo shots of the band carrying guitars and drums around the Albuquerque Press Club or waiting at the train station or hanging out with an old dog on the front lawn. Plus, I can’t find any more public-domain videos of women throwing themselves down and crying. I tapped that well right out.

As a freelance writer, Amanda Kooser has covered everything from space-geckos to Route 66 for publications including CNET and New Mexico Magazine. When not busy as a journalism scribe, she toodles around in a 1956 DeSoto, trains in Aikido, and gardens. Amanda is also writing a series of mystery novels with her mother, called The Hardy Women’s Society Mysteries. She has released three Americana albums under the name Edith Grove and currently plays with The Dawn Hotel.